Melchior Imboden was born in Stans, Switzerland, in 1956. He lives and works in Buochs in Central Switzerland. In 1972 Melchior Imboden began his studies as an interior designer and worked in this profession subsequent to the completion of his studies until 1984. It was during this period that he discovered his interest in arts, design and typography. In 1980 his first photographic works were created during his travels throughout the Mediterranean.
In 1984 Melchior Imboden began studying graphic design at the Art School in Lucerne. During his five-year study, he worked for designer offices in Milano, Italy and Basel, Switzerland. Following the completion of his studies in 1989, Melchior Imboden was employed as an assistant art director in Zurich for two years.
In 1991 he travelled extensively in South America and created further black-and-white photographs, a large number of which are now represented in, for example, the permanent collection of the Fotomuseum Winterthur or in the Bibliotheque Nationale in Paris. Since 1992 he has worked as an independent artist, graphic designer and photographer in Switzerland and abroad. His posters, many of which deal with the cultural sphere, have been honoured with numerous national und international awards. In 1998 he became a member of the Alliance Graphique Internationale (AGI) and has served as President of AGI Switzerland from 2006 to 2010.
Photography has become an integral part of Imboden’s life. His photo projects, such as Nidwaldener Gesichter, Designer Portraits and Zeitbilder, have been frequently displayed in international exhibitions. Melchior Imboden was the recipient of the stipend granted by the Zuger Kulturstiftung Landis & Gyr for an artistic sojourn in Berlin in 2000.
Melchior Imboden teaches in arts, graphic design and photography. He has been a university lecturer for photography in Bern and has also taught at various universities in Switzerland, for example, Lucerne, Bern and Zurich. He has been invited to give guest lectures abroad in Berlin, Hamburg, Stuttgart, Essen, Weimar, Trier, Beijing, Shanghai, Shenzhen, Hangzhou, Xian, Yinchuan, Taipei, Kyoto, Moscow, New York, San Francisco, Paris, Chaumont, Besançon, Brno, Krakow and Tehran, among others. In addition, he taught as a substitute and guest professor in graphic design and photography for several semesters in Karlsruhe. From 2004 to 2007 Melchior Imboden taught graphic design and photography as a guest professor at the Berlin University of the Arts. 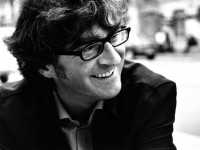